Posted By: facultyon: September 23, 2013In: Yoga For Health
Print Email 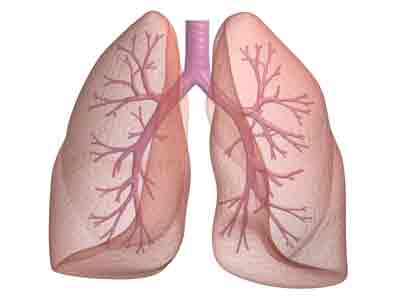 Yoga for Asthama is cured though Yoga from following Asana’s
1 Sukhasana
Sit down easily. Both feet on top of each other, bring each other. Feet dragging bring down. Both hands on your knees and palms upward. Shoulders and elbows slightly tilt comfortable hold and breast outstretched and spread upward. Outstretched to keep the upper body and hips press down on the lighter side. You can practice this asana 5-10 minutes.

2 Ardha Matsyendrasan
Sit on the seat with both feet long. Now right foot and left foot and knee to the thigh of the bent vertically, taking up Rhk above the ground to the back of the thigh. Now cross from the left hand and right knee while pressing the left- hand side, i.e. right knee toe hold. The right foot, bend your torso to the right shoulder and left knee pressure properly set up. Now turning to the left foot and right hand behind the back of the lower part of the thigh hold. Turns by turning the head to the right so that the chin and left shoulder should be in a straight line. Keep all tight chests. No downward. Manipur situated in the navel Picen mood freeze cycle.

It was on one side of the seat. Similarly, before turning right leg, heel pressing down .Initially five seconds, it is easy enough to do.

3 Shavasana
That means dead bodies of their dead bodies created equal because this posture is called Shavasana. It is lie back and get the physical and mental peace.
Differences lie back and keep both feet at most. Both hands about six inches away from the body to keep. Neck is straight. Eyes are closed.
Such Nasagrs respectively focus on the chest and navel. Visit countdown counting in mind. Ranging from 1 to 100. If this goes wrong, you start again from 100. Note that your focus should only be attached to the body, mind running on ideas. Feel the depth of breath

5 Pawanmukat asans
Pawanmukat asana contaminated air is released from the body. Hence it is called wind Muktasn. Mukyut: The rugs lie back in the seat, but it is also used to sit.
First lie in Shavasana position. Then both legs – get closer to each other. Now Stat hands waist. Get the top of the knees bent, feet on the ground. Then gradually put two contiguous chests to the knees. Take scissors instead of hands on knees. Then inhale while taking out the head to the chin, knees raised above ground mix. The palms of the hands scissors knees toward the chest press convenience. Breathing from about 10 to 30 seconds remaining in preventing this situation again to return to the ground head first place. Keep your hands open scissors for hands on the ground, then keeping feet on the ground again, return to the position of Shavasana. Do this 2-4 times.
The seat is made from the first leg, the other leg the same way. At the end of this exercise is done with both feet together. It’s come full circle. This can be 3 to 4 cycles, but most do this exercise with both feet.